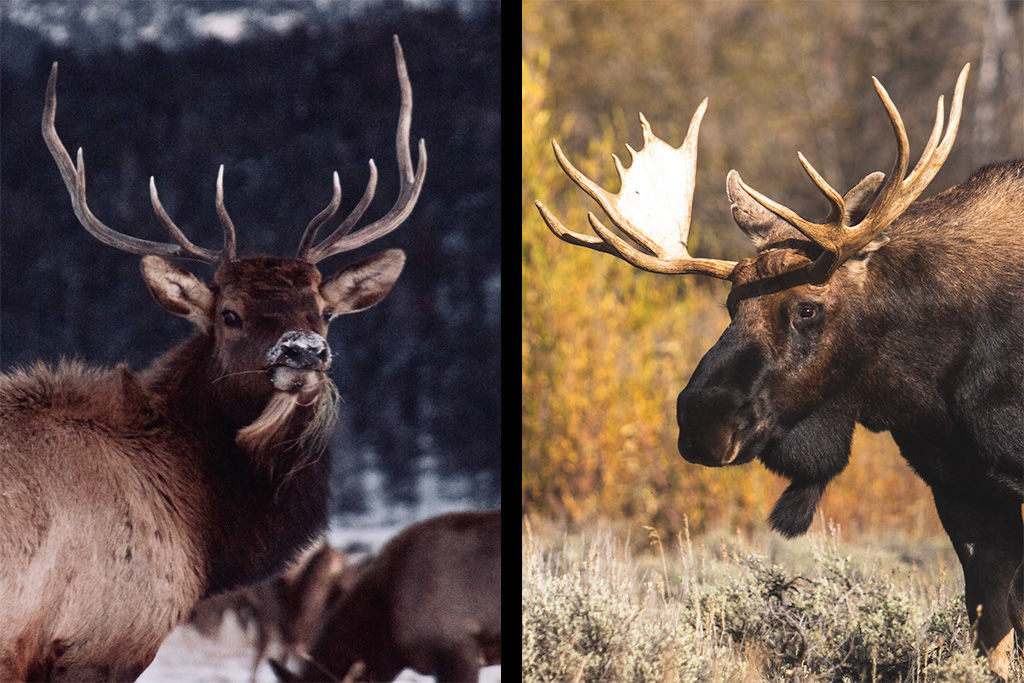 A comparison of elk vs moose usually ends up with a discussion about their color, sizes, and antler shape. To dig deeper, let’s talk about where these animals live, what they eat, and most importantly, how they taste.

In the Light Brown Corner: Elk 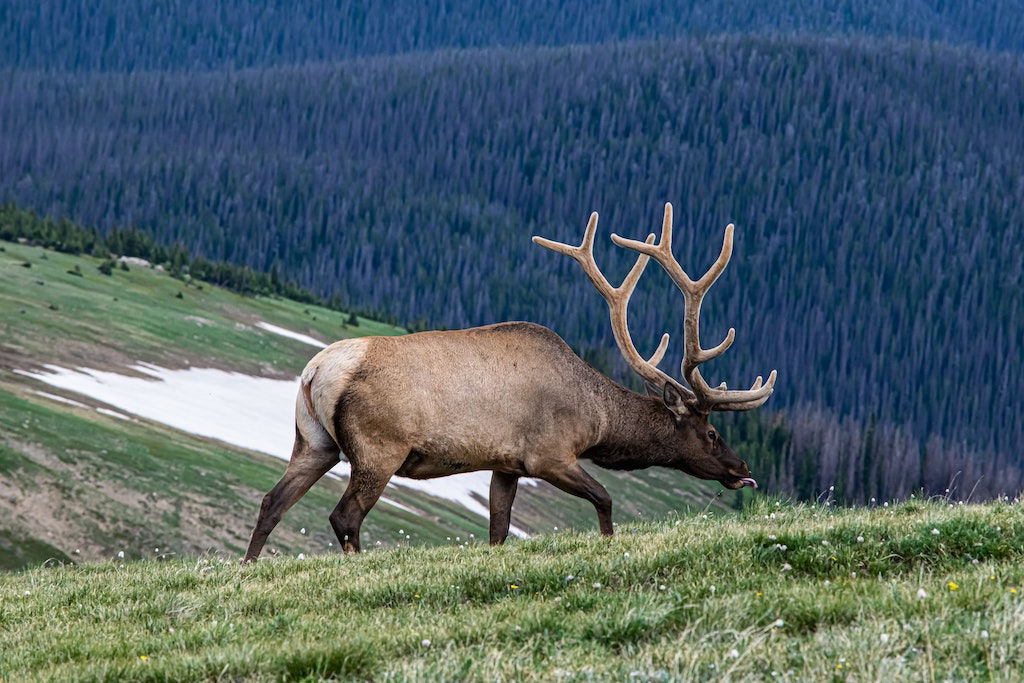 Visually, elk have features that set them apart from moose in a few distinct ways. For starters, they’re a lighter shade of brown that can have reddish undertones. Plus, their snouts are much more angled and sharp when compared to the curved snout of a moose. Their most striking visual differences stem from their antlers.

Elk’s antlers are sharp and pointed when compared to the more rounded and flat shape of moose antlers. If it’s winter though, neither animal will have their antlers, so it can be difficult to know which one you’re looking at. A quick way to tell if you’re looking at an elk is this: moose have a “bell” that dangles from their throats. It’s basically a large flap of skin that elk don’t have.

In terms of size, an adult bull elk can grow up to 1,100 pounds, but it’s much more likely that you’ll see examples of elks in the 700-pound range. At their shoulder, they can reach nearly five feet tall.

Where Elk Can be Found

When searching for elk in the US, you can find prominent populations mainly in Washington, Oregon, California, Montana, Idaho, Wyoming, Nevada, Colorado, Utah, Arizona, and New Mexico.

Outside of the US, significant elk populations can be found in Canada, New Zealand, Australia, Chile, Argentina, Russia, China, Mongolia, and other Eastern Asian countries.

Wild elk, classified as ‘grazers,’ tend to roam large areas — up to 500 square miles per adult — in pursuit of fresh grasses and foibles (weeds), which are their main two sources of calories. They aren’t picky eaters, however, and will also eat shrubs, bark, and tips of tree branches if the mood strikes.

Farm-raised elk, usually pasture-raised, are offered a similar diet to that they would consume in the wild but are also given alfalfa, grains, and other neutral-flavored feed. Doing so helps balance out the naturally gamey flavor of the elk’s meat.

If you couldn’t tell already, we’re big fans of elk meat here at Eat Elk Meat. Why? Elk meat is tender, tastes subtly sweet yet savory, and has just the right amount of earthy flavor.

This flavor profile allows you to swap it into any of your favorite beef recipes with no drop off in flavor while boosting the nutritional qualities of your meal. Those who are turned off by gamey flavors may be tempted to stay away from elk, but farm-raised elk meat is barely gamey at all when compared to moose or deer.

Plus, elk meat is nutrient-dense, low in calories, high in protein, thiamine, phosphorus, zinc, selenium, among other nutrients. If you’re looking to introduce humanely raised, healthy, and flavorful meats to your meals, give it a shot.

In the Dark Brown Corner: Moose 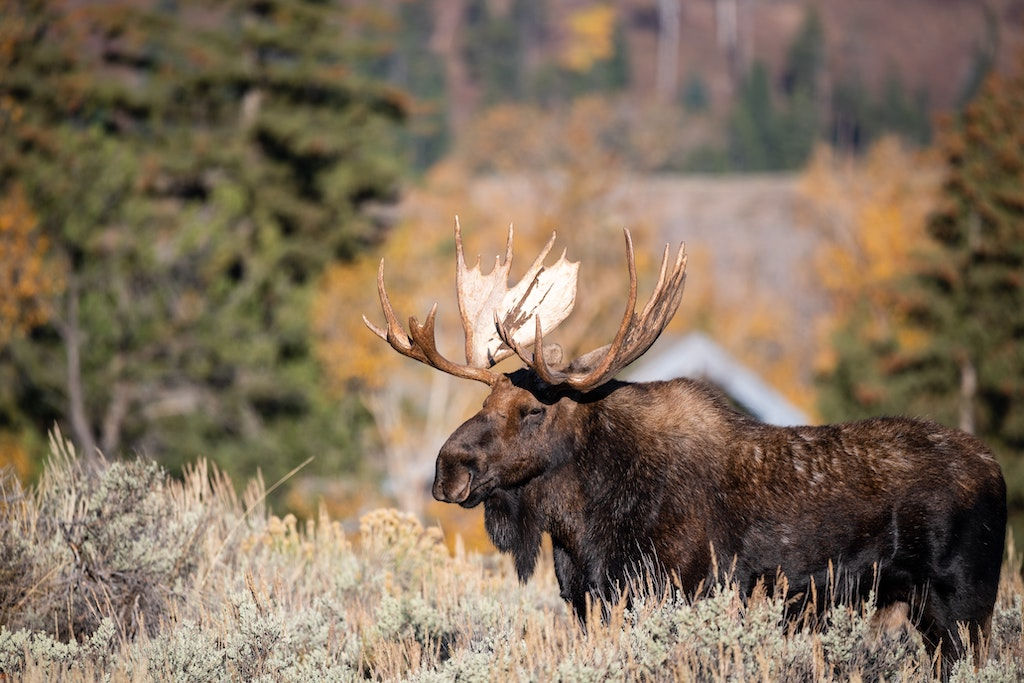 The darker of the two beasts, moose range from chocolate brown to black in color. A surefire way to know what animal you’re looking at stems from their antlers. A moose’s antlers are more rounded and flat than that of an elk.

Further, moose are simply massive. Some weigh up to 1,500 pounds and can stand up to seven feet at the shoulder. They’re also known to be much more aggressive in temperament than elk, though they’re mostly peaceful if left alone.

Where Moose Can be Found

Compared with elk, moose are able to live further north in terms of latitude. You’ll find them in Alaska, Canada, Siberia, and some of the colder regions in the US including the Rocky Mountains, Minnesota, Wisconsin, and the upper peninsula of Michigan.

Moose are not as widespread as elk are and, due to their remote habitats, are much harder to find.

Moose, much like deer, are picky eaters and regularly browse their habitat for the types of food they like. They are not grazers like elk, who regularly eat mouthfuls of grass, so they scour their habit for fresh tree shoots and foibles (weeds). They also love to eat aquatic plants found at the bottom of once-frozen bodies of water.

Much like any wild game, the taste of the meat depends on what the animal eats. Due to their richer diet, moose generally have a fairly gamey taste, more so than elk but less than deer.

In terms of game meat, moose is flavorful, tender, and palatable. It’s not sold commercially, however, which means you must obtain a hunting license and kill your own moose to experience what it tastes like.

If you’re looking to try out game meat for the first time, then we recommend elk, which is far easier to find and more palatable than moose. Farm-raised elk — wild elk can’t be legally sold — are grown and harvested in large open-pasture pens, where their controlled diet dials back their gaminess in the best way possible.

Hopefully, by now you have a better understanding of the differences between elk vs moose – their habitats, diets, and ultimately how they taste.

Check out one of our highly-recommended suppliers to try elk meat for yourself. You won’t be disappointed. 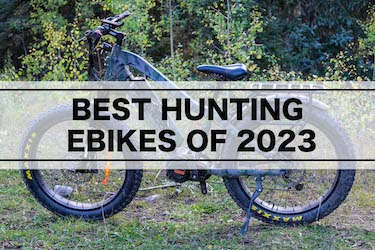 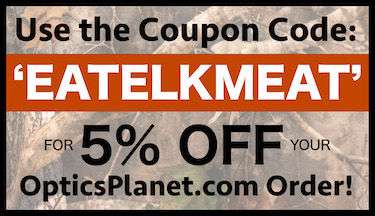 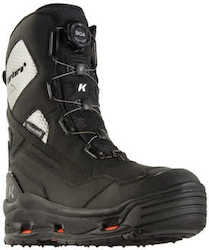